Insurance giant Allstate’s slogan “you’re in good hands” takes on new meaning when applied to Tony Meola. One of the most successful goalkeepers in US soccer history, Meola has appeared on three World Cup rosters and won numerous accolades, including MLS “Goalkeeper of the Year” in 2000. His off-the-field pursuits include a try-out for placekicker with the New York Jets, and an appearance on Broadway in Tony and Tina’s Wedding. The multi-passionate US Soccer veteran has taken on a new role behind the desk after his official retirement announcement, and runs a glove and goalkeeper apparel company called GK1 Sports in addition to hosting the Sirius XM radio show, “Counter Attack.”

As host of Allstate’s “Good Hands F.C.” clinic in Portland Monday night, Meola surprised one deserving youth team with a multitude of free gear, and tickets to the 2014 All-Star Game against Bayern Munich. Business of Soccer caught up with him before the big game to talk about MLS expansion, the upcoming CBA, and more.

BoS: As a fellow tri-state area native, we have a new neighbor in our backyard. What do you think of the arrival of the NYCFC organization, and what will it mean for the Red Bulls?

TM: It will be a great organization, and it’s run by great people. Obviously the inclusion of the Yankees organization is a little twist on some of the things that have happened in the past, and will be pretty interesting. [The team] will be in Yankee Stadium for a few years which may be a bit of an obstacle. I hope they get done whatever it is they want to get done though, because I think whatever they do will be spectacular. Clearly they’re committed to bringing quality players in, which never hurts the league or the growth of the sport.

And I think it will quickly develop into a really cool rivalry…whether it’s watching NYCFC against Red Bull—the one we’ll see the most—or playing a cup game with the Cosmos. The only shame will be not getting to see that rivalry enough, but that will make it really special.

BoS: Now that your official retirement announcement has been made, how has the transition been from the field to behind the desk? What are you most excited about in your work with Allstate during the All-Star Game this year?

TM: It’s completely different, a little less on the competition side on a daily basis and a little easier on the body. I get out in the community a lot more, and I am lucky that I get to do this stuff with Allstate. [Laughs] And I’ve met so many of the people who yelled at me across the years.

It’s pretty gratifying to get the opportunity to give back…this part of the trip for me, when I get to spend time with the kids, is the most special…and more often than not, it’s a group of kids who would not have an opportunity to do this kind of stuff. They, their parents, their coaches are the most grateful people. I ask them all the time, “Who knows about the All Star Game?” and they always do. Then I ask, “Who’s going to the All Star Game?”

I think only one kid in the last four years has ever said yes [before we gave them the tickets].

BoS: Many American stars are choosing to play domestically despite Jurgen Klinsmann’s stated belief that players need to go to Europe to stay competitive.  Do you think the reverse trend will help or hurt athlete development in the long run?

TM: Like anything, you’re a pro and you need to continue to get better. I don’t necessarily think you need to go overseas. Matt Besler has gotten to where he’s at without ever having played overseas. Let’s face it: Landon Donovan went over early but didn’t play a heck of a lot. If he stayed there and had continued not to play, he never would have developed. It’s more important to get to the right spot. DeAndre Yedlin feels he needs to go overseas, and that’s a personal choice. I don’t think there’s one blanket statement that is true for everybody.

Tim Howard found that Manchester United was not the team where he needed to develop, he needed to go to Everton. He needed to be the guy all of the time and found a spot where he didn’t have to look over his shoulder. Look what it’s done for him.

There’s also examples of being in the wrong place. People question if Jozy [Altidore] is in the right place to develop. Where do we think Jozy developed more—in Holland or at Sunderland? I would argue he developed more in Holland. He’s going to be our center-forward in the next World Cup, and we need him to develop…I just think we shouldn’t try to fit everybody into the same mold.

BoS: Retaining American talent in the MLS is not just about level of play — so much of the debate is centered around league structure and finance. With the upcoming Collective Bargaining Agreement negotiations set to begin, what would be some of your demands if you were a player right now?

To add another per team, which would give us another twenty foreigners, I’m not sure that really helps. I think there are eight foreign slots still available.

BoS: With each passing World Cup, we are faced with the question of what will sustain growing American passion for soccer. What is the one thing that you feel MLS has to get right?

TM: The level has to stay high, Thirty-plus million people have just been exposed in primetime in our country—we weren’t waking up at 4 am to watch games—to the best soccer in the world. I don’t think anyone thinks that’s what the level is going to be, but it has to be a good level. We’re doing such a great job with it now, but I hope we don’t think it’s enough. I hope we never think it’s enough.

All indications are that this is still the focus – and I think that’s a really positive thing for our fans and the rest of the league.

What do you think about Business of Soccer‘s sit down with Tony Meola? Let us know in the comments section below, or via Facebook or Twitter. 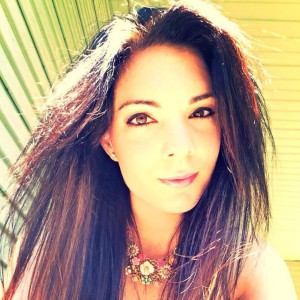