On Monday, November 10th, 2014, David Moyes, former Everton and Manchester United skipper, was named the new coach of La Liga’s Real Sociedad. The signing of David Moyes by Real Sociedad comes after the sacking of their most recent manager, Jagoba Arrasate. Moyes brings an extensive amount of experience, both on and off the field, to the Spanish side, which is currently ranked 15th in Liga BBVA.

Moyes never found the spotlight during his playing days, having his most successful playing stint while at Preston North End, where he appeared in 143 games, scoring 15 goals over the course of six years with the League One side. Moyes is most notably known for his coaching expertise, which started in 1998 with Preston North End. While at Preston (1998-2002), Moyes amassed a 113-58-63 record, leading his team to a Division Two title during their 1998-99 season. Moyes would later join English Premier League side, Everton, in 2002. During his time at Everton (2002-2013), Moyes garnered a 217-139-160 record, was named LMA Manager of Year three times (2003, 2005, and 2009), and in January 2012 became the fourth manager, after Sir Alex Ferguson, Arséne Wenger, and Harry Redknapp, to record 150 wins in the English Premier League. Following the retirement of Sir Alex Ferguson, former manager of English Premier League powerhouse Manchester United, in May 2013, Moyes would end up leaving Everton to succeed Ferguson at Manchester United. During his brief coaching stint at Manchester United (2013-2014), Moyes would go on to tally a 27-9-15 record and hoist one trophy, the FA Cup Community Shield. However, after a big spend in the transfer window that left United out of the top 4 of the Premier League table and out of the UEFA Champions League for the first time since the 1991/92 season, the club relieved Moyes of his duties as manager before the regular season was even completed with only a few matches left.

According to ESPNFC.US, David Moyes is expected to arrive at Real Sociedad on Wednesday before being officially presented as the Spanish side’s new coach on Thursday. Multiple sources also have reported that Moyes has signed an 18-month contract lasting until July 2016 with a salary in the region of $2.49 million annually, making Moyes the highest-paid coach in the club’s history. 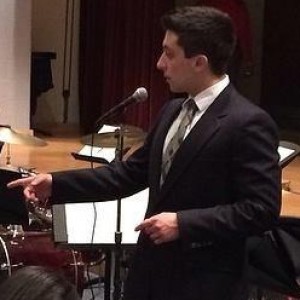