DC United’s protracted negotiations for its new home at Buzzard Point have cleared a significant hurdle with today’s formal approval of the District of Columbia Soccer Stadium Act of 2014 (or “Stadium Act”), which had been amended in recent weeks to exclude a controversial land-swap arrangement that had previously stalled negotiations.

However, consummation of the proposed transactions still may require the use of eminent domain in order to secure the remaining lands required to commence construction of the new 20,000-25,000 seat soccer-specific stadium, casting some doubt upon the project’s planned completion date, which would have the stadium ready in time for the 2017 Major League Soccer (MLS) season.

As previously detailed by Business of Soccer, the District would provide approximately $139 million (up to a self-imposed $150 million cap) for the acquisition and preparation of four privately-owned parcels of land which, along with adjacent  land currently owned by the District, would comprise the footprint for the new facility.  The stadium would then be constructed and leased by DC United under a 30-year agreement, with DC United being responsible for any cost-overruns related to construction.  Total construction costs for the stadium had been estimated at $287 million, which would be partially offset by approximately $50 million in various front-loaded tax abatements following commencement of operations.

In the months leading up to Wednesday’s city council vote, the primary point of of contention amongst the relevant parties had involved the acquisition of one of the land parcels from Akridge, a commercial real estate developer who had hoped to also secure the purchase of the Franklin D. Reeves Center via the sale, an aging government office building located at 1 4th and U streets NW, for development into a mixed-use property following a three-year leaseback period.

Many of the proposal’s most vocal critics – including newly elected Mayor Muriel Bowser – believed that the transaction’s approximately $56 million valuation of the Reeves Center was too low.  A Cost Benefit Analysis (CBA) commissioned and released by the Council validated this claim, suggesting that the “real” value of the Reeves Center property was closer to $67 million, and further noting that the District was likely overpaying for the Buzzard Point parcels, with the net overpayment estimated at $25 million for the aggregate land acquisitions.

Nonetheless, the analysis also noted that the Buzzard Point stadium would create an estimated $109.5 million fiscal benefit to the District, including 1,600+ Full-time equivalent jobs and $1.3 billion in projected Personal Income earnings over the life of the initial 30-year lease.

Last week, the outgoing Mayor Vincent Gray and Mayor-elect Bowser made their decision, notifying relevant parties that the Reeves Center land-swap would no longer be included in the proposed Stadium Act, paving the way for Wednesday’s approval in a second and final Council vote.

Although the effective removal of the Reeves Center land-swap arrangement with Akridge from the immediate proposal would ease these concerns, it does not entirely clear the path for the proposed DCU stadium to commence construction.  The District still needs to acquire the Akridge-owned land parcel at Buzzard Point, and if the District intends to do so independently of the Reeves Center sale, it would likely have to increase its valuation of these lands considerably to compensate Akridge, who are understandably disappointed with the loss of the Reeves Center development opportunity.

The currently-contemplated transactions value Akridge’s parcel at $21 million, or $28/square foot, significantly lower than the $50/square foot negotiated and agreed for adjacent parcels owned by Super Salvage and Mark Ein, and lower than the $32/Square foot to be paid to Pepco (though this transaction also provides for the relocation of an electricity substation currently located on the property).  If the District were to pay $50+/ square foot for the Akridge parcel, the resulting land costs could push the District’s financial obligations above the $150 million cap — assuming Akridge does not walk away from the deal entirely.

If Akridge does walk away from the proposed transaction, the District would likely be forced to use eminent domain to secure the land parcel.  While the District has successfully applied eminent domain in recent years to acquire lands at Skyland Shopping Center, as well to support the construction of Nationals Park, the process is generally considered to be time-consuming, costly, and resource-inefficient.  Akridge President Matt Klein had reportedly hinted that the company may force the District to pursue this avenue in order to ensure that the company is compensated adequately for the land, as well as for the potential loss of the Reeves Center development, though recent comments suggest Akridge may be willing to work with the District in good faith in order to maintain a positive future relationship for its other development interests.

How the District intends to resolve this outstanding issue remains to be seen.  Under the terms of the approved proposal, the parties would have until September 30, 2015 to secure the required land.

Regardless of any remaining obstacles, Wednesday’s approval is being widely viewed as a major victory for soccer in Washington D.C.  Jason Levein, Managing Gernal Partner for D.C. United, stated, “We are grateful that D.C. United’s future in our nation’s capital is secure.  This is a historic victory for the team and its fans, the city, the region and the sport of soccer in this country.”

MLS Chairman Don Garber added in a statement, “We congratulate D.C. United ownership, Erick Thohir, Jason Levien and Will Chang, and the District government for creating an innovative partnership to bring a world-class soccer stadium to Washington, D.C.  This is a historic moment for Major League Soccer, as D.C. United, one of our charter clubs, will soon have a terrific venue to celebrate the beautiful game in one of America’s most passionate soccer markets.”

What do you think about the progress made in D.C. United’s quest for a soccer-specific stadium? Let us know in the comments section below, or via Facebook or Twitter. 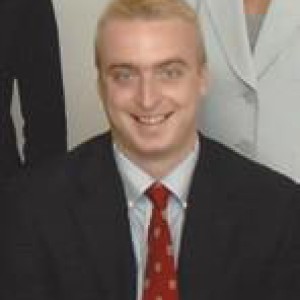 Nigel Pretty has over a dozen years of professional experience the investment banking and structured finance industries, having most recently worked as a Vice President and founding member of Energy Power Partners, a private equity fund manager based in Los Angeles, specializing in renewable energy. Previously, he has worked in investment banking with Wachovia Securities and Union Bank, covering primarily project finance and renewables. Nigel holds an MBA from the UCLA Anderson School of Management, having previously earned his BA in Economics from Columbia University. Nigel is a lifelong MLS fan, having attended the LA Galaxy's home opener at the Rose Bowl in 1995, and his enthusiasm for US Soccer cannot possibly be described in such a hopelessly small space. You can follow Nigel on Twitter at @NPrettySoccer
View all posts by Nigel Pretty →